The spread of the novel coronavirus-infected pneumonia to 79,000 people across China as of February 29 is expected to cause significant damage to the Chinese economy and, consequently, the global economy. The Chinese automotive industry, which has already been in negative growth for the second consecutive year, is inevitably reduced further by the effects of the new coronavirus. January data released by the China Association of Automobile Manufacturers show that the slight annual variation in the starting date of the Chinese New Year (starting from January 25 in 2020 and February 5 in 2019) and the spread of the new coronavirus reduced production by 25.4 percent (down 601,000 units) compared to 2019 to 1.76 million units, and factory shipment by 18.7 percent (down 443,000 units) to 1.92 million units. Due to the further spread of the infection, the resumption of production after the Chinese New Year holidays has been postponed to the end of February or March. In addition, labor shortages continue due to the dangers of close contacts among employees and the lack of protective masks. These factors are having a major impact on Chinese automobile production in February and March. However, from April onward, if the spread of the infection stops, production is expected to recover to the average yearly level.

Looking at the factory resumption dates of major manufacturers compiled by FOURIN as of February 29, many manufacturers have resumed operations since mid-February. Calculating the workdays, there were 5-10 workdays less in February 2020 compared to same month of the previous year despite the Chinese New Year falling on February in 2019. However, even when it comes to restarting operations, parts supply has not been able to keep up and some employees are unable to return to work due to various reasons. As a result, factories, which usually operate in two or three shifts, have been operating in one shift. For this reason, automobile production is estimated to have dropped sharply in February, going down by 80 percent (about 1.13 million units) to 283,000 units compared to about 1.14 million units in February 2019. Even if automobile production recovers in March, it is expected to fall sharply year-on-year. 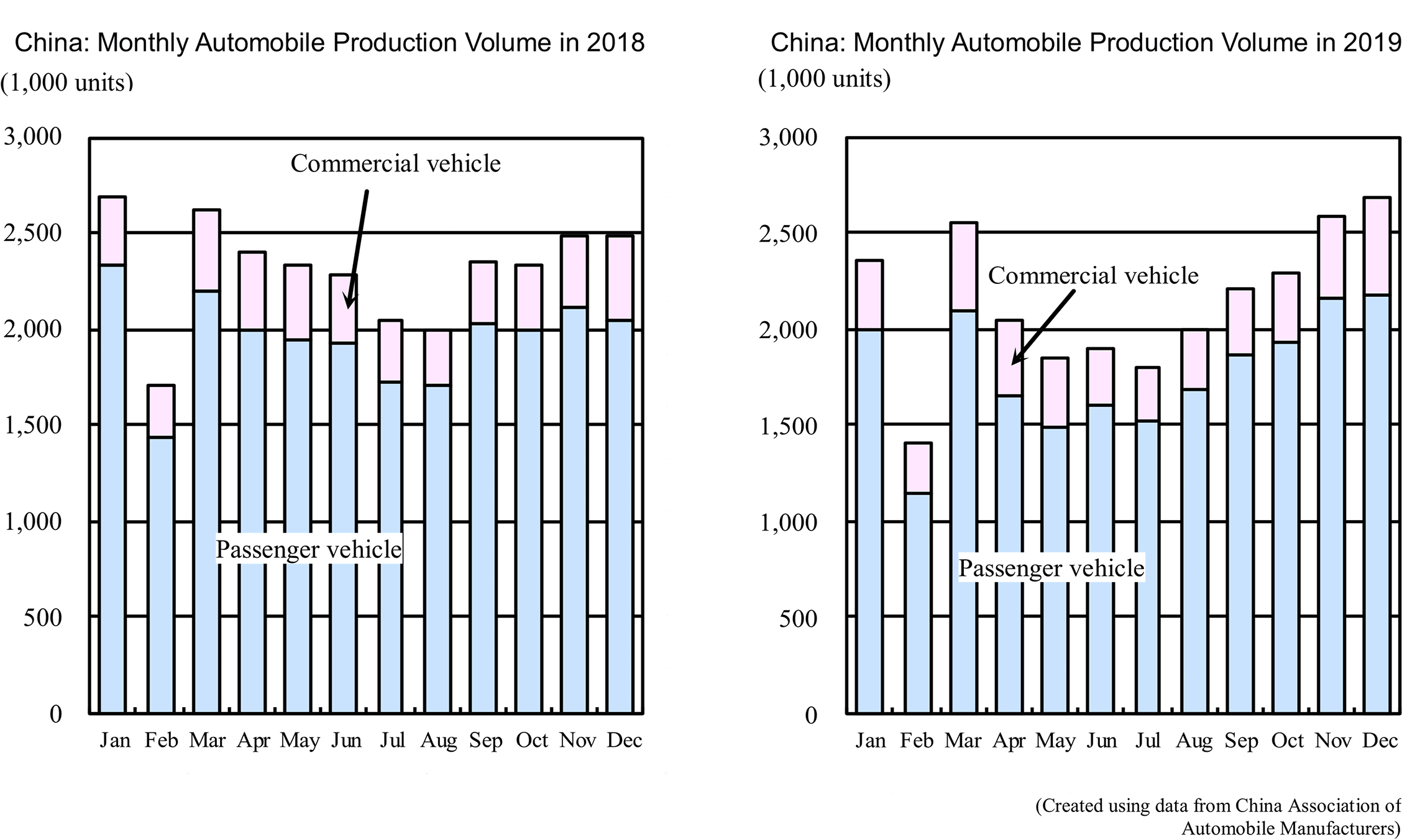 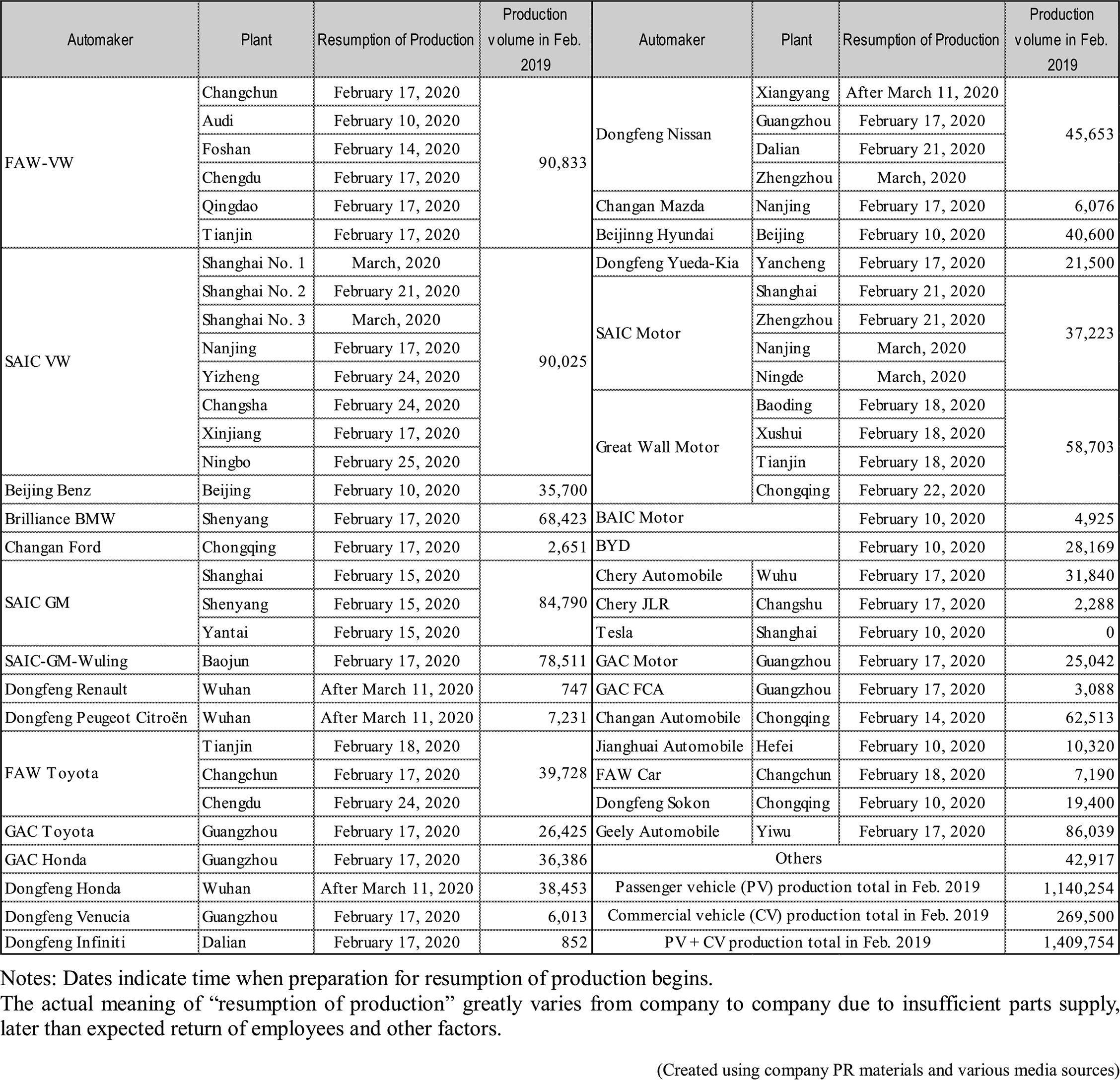